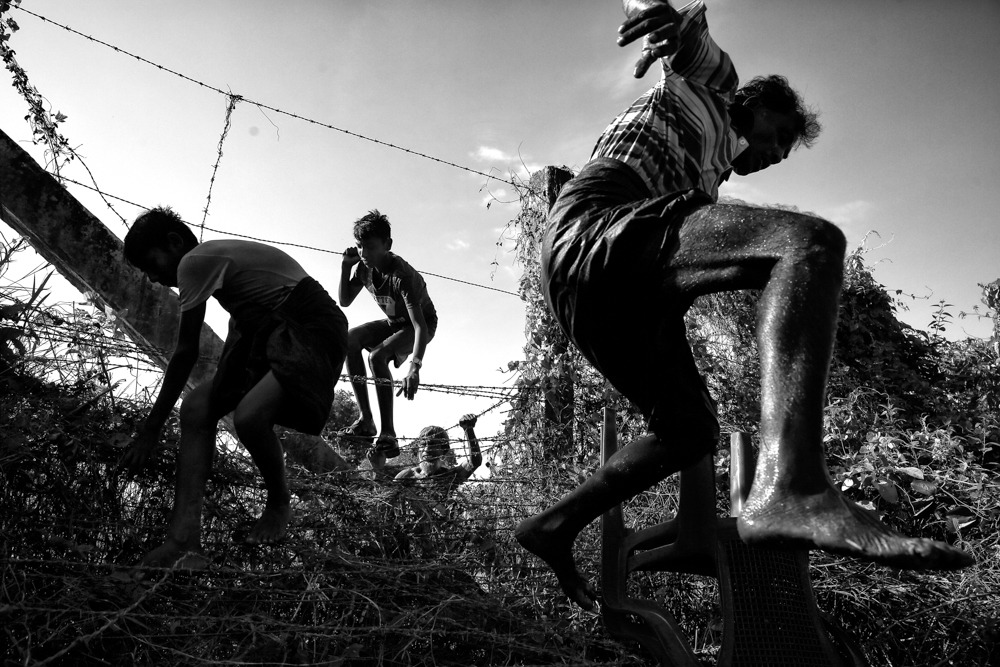 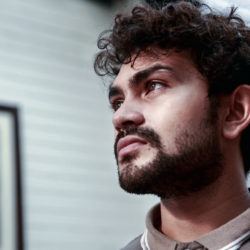 Tell us a bit about growing up in Narayanganj, Bangladesh. What was your childhood like?

Spending my childhood in Narayanganj has shaped my life as what it is now. The city I was born and brought up in is a sub-urban city adjacent to the capital. I was used to reading a lot of books and playing football with my friends. Back when I was a child, Narayanganj was less populated and as a result, it was easier for people to get to know each other.

I was the youngest of my siblings. A normal day for me included having breakfast with my family and going to school, which was my favourite place to be. After school, I would regularly go to play football or other sports with my friends before returning home and doing my homework. From what I remember, I would always fall asleep reading story books.

The untold stories of ordinary people have always been fascinating to me from my childhood. My mother used to tell me the story of the underprivileged people from our village. These stories always perturbed me in a sense that everyone has a story to share, but often there is no one to hear them. Somehow this thought motivated me and brought me to this point. Now I try to tell the untold stories on behalf of these people who don’t have a voice.

You discovered photography at quite an early age. How did that happen?

I first discovered photography from a family trip to Sylhet. I found that through it, I could capture not only time but also my memories. This was my whole idea about and fascination with photography until high school when I came across some photographs of some renowned Bangladeshi photographers, and I discovered that a photograph could actually tell you a lot of things. It moved me when I saw some of the world press photos in a national newspaper. Gradually, love for photography developed in my heart, and my childhood interests moved me towards it.

You started experimenting with documentary photography at the age of 19. What drew you to drew you at that young age to such a challenging genre of photography? Why is it important to you?

It wasn’t my plan at first to get into documentary photography. However, when I came across the work of photographers like James Nachtwey and Sebastião Salgado, I instinctively felt that this was an area I need to start practicing in. Their works and words inspired me a lot. I admire Salgado so much that right now I am pursuing my undergraduate degree in Economics, which resembles part of his story. Other photographers like Pep Bonet, GMB Akash, Kevin Frayer, M R Hasan, Saiful Huq Omi and Munem Wasif have also inspired me a lot.

It is quite rare that photographers from developing countries have the opportunity to be published in such world-famous magazines as The New York Times and The Guardian. How did they discover you?

After practicing photography on my own, it came to my mind that it would be next to impossible for me to publish my photos without the help of an agency. So in 2015, I joined as a photographer with two news agencies–Nur Photo and Zuma Press. I have also worked with the Associated Press. From these agencies, magazines and newspapers from all around the world found my pictures.

You won 1st Place in the Press Category with your series covering the Rohingya crisis. What made you decide to document this on-going human catastrophe?

I started photographing this crisis from the very beginning when I was on an assignment for Associated Press. However, at the time I did not expect that the scenario would turn into one of the greatest exiles that humankind has ever witnessed. As a documentary photographer, I believe it is my responsibility to advocate to the world regarding what is happening with these people. As I mentioned earlier, my core motive for becoming a photographer was to become a bridge between the voiceless people and the world. When I covered the crisis, I witnessed the horrific and inhumane treatment these landless people were receiving. I firmly believe that a photographer is a unique storyteller, and this is one of the finest and most powerful gifts to be blessed with. But this comes with the responsibility of putting out a call to action. In short, I wanted to draw international attention and immediate response to this issue so that these people get the justice they have always deserved. So I was both fulfilling my professional responsibilities and also my moral duties given my constraints.

How do people in Bangladesh view this crisis? And how has this whole project impacted you personally?

Bangladesh is a small country with a diverse set of opinions. There are different points of views on the story of this crisis. However, when the crisis was unfolding at the border of two neighbouring nations, the government and people of Bangladesh were very welcoming and supportive to Rohingya people. 1 million Rohingya have been living in a very small area of refugee camps in an already overpopulated country ever since the crisis began in 2017. And now the number is on rise as babies are being born in exile.

As I was covering this crisis, I could see the transformation from a very close perspective. The way we perceive things that we see while sitting comfortably at home is usually very different from what is really happening. I was very traumatized after working on this assignment as I closely observed the ordeal of these landless people. For the purposes of my work, I didn’t only capture photos, but I talked to them as well. I came across stories of people losing their relatives, fathers losing their sons, girls being gang-raped by the military forces of Myanmar. So whenever it is possible for me, I try to start a conversation with people around me regarding this crisis. People have mixed opinions about it. Some look at the humanitarian angle of this problem while others think that the solutions must come with long-term security for the people of two nations. Some feel that our government still has a strong role to play in pressuring Myanmar to accelerate the repatriation framework for the Rohingya people.

But this project does not only reflect the ordeals of the Rohingya. It has also helped me to understand the psychology of my own country and people in terms of their accessibility and rationality.

What does this recognition by PX3 mean to you?

It is a great achievement for me. Awards are important for freelance-photographers like me, as my works are now being widely viewed by a greater audience. I believe that an award doesn’t only serve as recognition of a person’s hard work. These awards have much more to offer. Sometimes these awards become a medium or channel to reach to a wider audience and impact their perspectives regarding the stories that have been covered. The exhibitions organized by the award committee help a lot in this sense. It has the power to kind of shape public opinion regarding a matter and keeps the discussion alive in society. Apart from that, as a token of recognition, this award will allow me to work more confidently towards visual journalism.

In your own experience, how has the Rohingya crisis evolved since the time you covered it?

A crisis is a very dynamic event. It doesn’t remain stagnant, and the Rohingya crisis is no different. It is more critical and uncertain now than when I won the award. When these landless people came into the territory of Bangladesh, the entire event was mostly surrounded by the quick responses from the government and national and international NGOs in terms of aid, emergency medical support and building of shelters and refugee camps. Now when I look at this crisis, it is more uncertain. There have been different reports regarding the current situation of the Rohingya people in the camps, covering issues like how they are coping with their lives in this country, what they are doing to earn a living, etc., but the main question is whether or not these people will be repatriated peacefully.

Where do you get motivation and inspiration from in your work?

I try to get motivation from the people surrounding me. I believe that people who put their faith in humanity, who are still fighting to make this world a great place, working hard to leave a better planet for the next generation, are the real heroes who always motivate me to work harder and stay on my path.  I am also a firm believer that true stories of individuals play a great role in forming the reality around us. Some people may not have the ability to present their stories to most of us, but their stories are as significant as any other person in a better-off position. These are the people who keep me determined to do something for them, as they have nothing but their story to share.

What are you working on now?

I am currently doing some research on some humanitarian stories in South Asia. Besides that, I am completing my undergraduate degree in Economics, which is helping me to find new perspectives and dimensions. I am also planning to travel in order to broaden my vision, and starting to read a lot of books to sharpen my ideas.