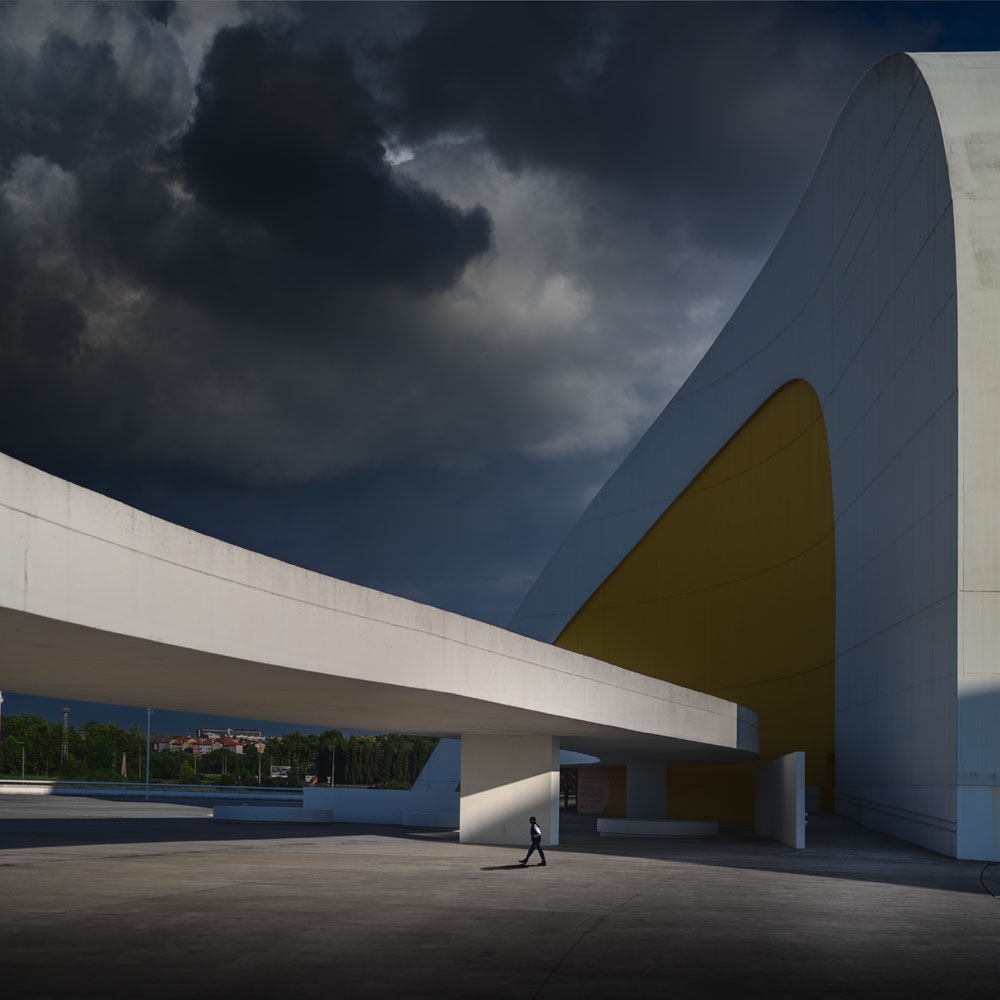 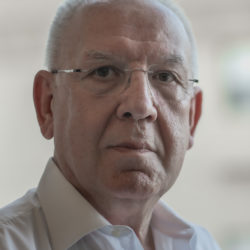 A solitary, elderly male figure in a dark overcoat traverses the grounds of the Niemeyer Center on the estuary of Avilés in Spain. The twilight images, infused with melancholy, follow him climbing its exterior spiral staircase and looking at its complex, sensual architecture and curved dome.

Taken in July 2018, Mariano Belmar Torrecilla’s cinematic series, ‘Visit to Niemeyer’, is a tribute to the only piece of architecture that the acclaimed Brazilian architect Oscar Niemeyer created in Spain.

“I only visited the Niemeyer Center once and the architectural space and color scheme were a source of inspiration,” Torrecilla, 71, says. “The photographs were taken throughout the day but, in order to reproduce the right sensations, I edited them with a twilight and decadent atmosphere.”

Torrecilla sought to convey the notion of “a society in decline” that he feels the modern architecture expresses. He was also keen to capture the Niemeyer Center, characterized by five architectural elements, in a different way to how it has been represented in travel photography. “Contrary to most of the works that I’ve seen, the feeling of the place made me decide on closed planes and a square format,” he explains.

Although Torrecilla had carried out research prior to visiting the venue, he worked instinctively on site and changed the direction of the shoot that he had envisaged. “I totally changed what I’d planned to do and ended up using a different type of lens to the one I had in mind,” he says. “For that reason, I had to do a lot of post-production work.”

Born in Murcia in southeast Spain, Torrecilla is a self-taught photographer. Now retired, he spends much of his free time following his passion by taking urban and landscape photography, concentrating on interesting compositions and working with the light. “If someone is interested in my work, it is an honor but at no time have I considered taking the leap into the professional field,” he says.

The Covid-19 pandemic has hindered Torrecilla from jumping into his car to photograph places such as Seville or Bilbao, whose Guggenheim Museum was designed by the American architect Frank Gehry. Instead, he has been staying at home to make more imaginary images. As he says, “During confinement, I’ve been developing a series at home and have been mounting shots to create an imagined world.”