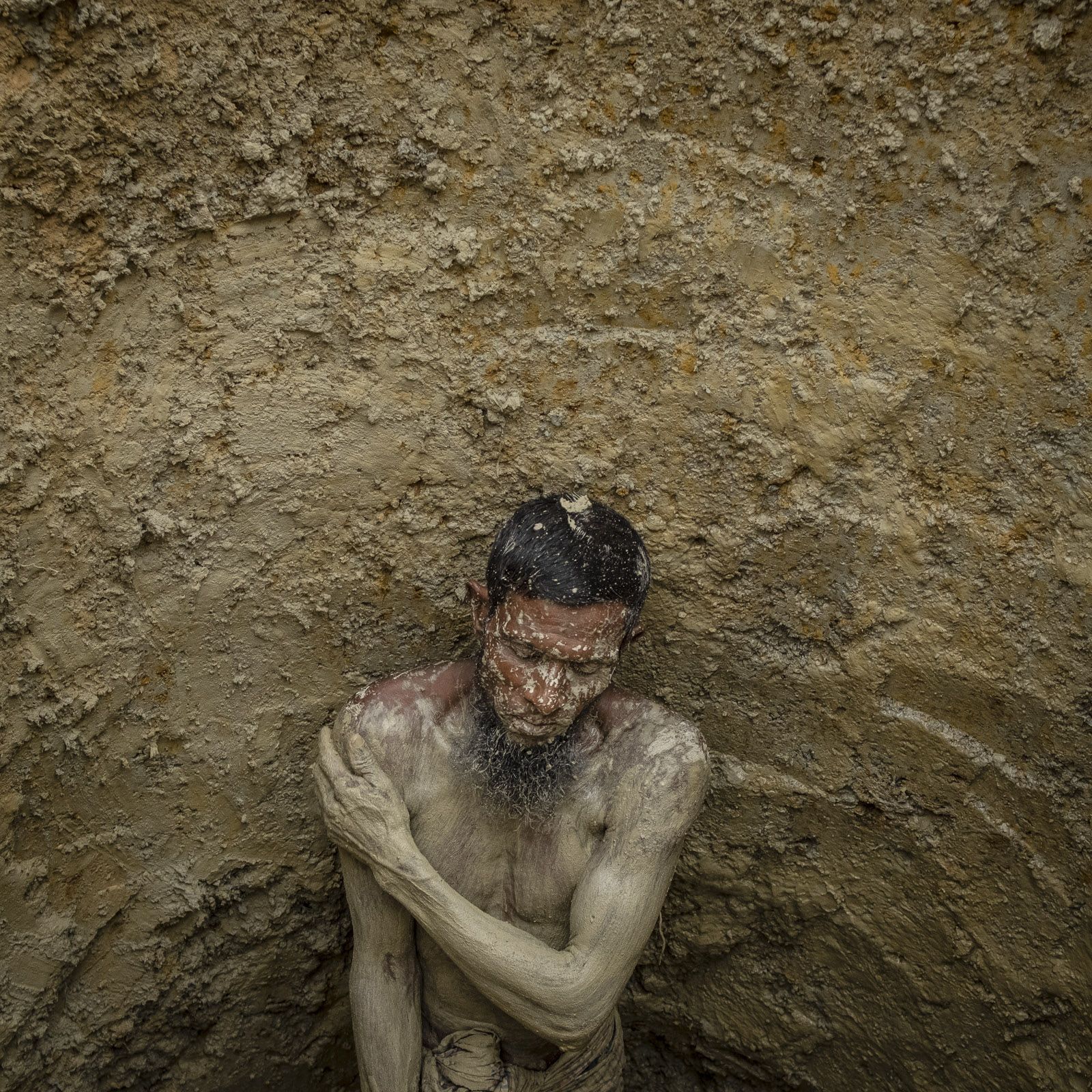 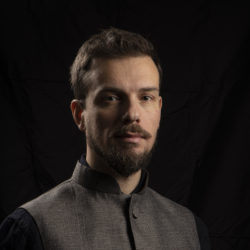 Gabriele Cecconi was awarded the Photographer and Press Photographer of the Year awards for his work documenting the conditions of the Rohingya refugees in Bangladesh and the impact of their migration on the local ecosystem.

The Italian photographer focused on the Kutupalong refugee camp in Cox’s Bazar in southeastern Bangladesh. According to UNHCR, the UN Refugee Agency, the settlement of tarpaulin-and-bamboo shacks is home to more than 600,000 Rohingyas who fled persecution and genocide in neighboring Myanmar.

Cecconi, 35, made two trips to the coastal district in February-March and August 2018, spending several weeks each time. He travelled without a commission after reading about the humanitarian crisis in a newspaper and was determined to sell and exhibit his ensuing images upon his return. Cecconi bought a motorbike over there to move around easily and enlisted a translator.

A particularly striking portrait captures a downcast man, his body covered in mud, standing against an earth wall. It is a personification of sorrow and desperation. “One afternoon, I saw some holes in the ground in a hill and saw this man inside it digging to set up a latrine – a work commissioned by NGOs to improve facilities,” Cecconi says. “Two days ago, it had rained and the soil was still wet and muddy.”

The scene touched Cecconi on a personal level. “This 60-year-old man and his family had arrived in Cox’s Bazar with the first influx of migrants and, despite enduring pain and suffering, still had integrity and dignity,” he says. “I imagined my father in his position or myself, as his son, standing beside to help him with the work.”

Other images capture diverse aspects of the Rohingyas’ plight, from the sprawling, makeshift huts to a funeral and young boys building a sandcastle. “I tried to convey the [environmental] effects of the issue whilst being discreet and creating delicate images relating to the harshness of the reality in front of me,” he says. “I didn’t want to emphasize the suffering too much even though it is the key point of the project.”

Cecconi’s aim was raise questions about the international community’s responsibility to tackle the impact of migration on the local ecosystem. “It still hasn’t built a strategic and responsive plan even though it has been studying these issues for many years,” he laments.

Although the series has garnered much attention, it has not been published in the media as much as Cecconi would have liked. As he says, “This project has been widely exhibited and recognized  internationally but it hasn’t been disseminated in the publishing market in the way I would have expected for such an important topic.”

Interested in social, political and environmental issues, Cecconi trained as a lawyer before embarking on photography in 2014 after his friends gave him a camera. He has also made a project about Ghana and, since last year, has been working on a project about Kuwait.