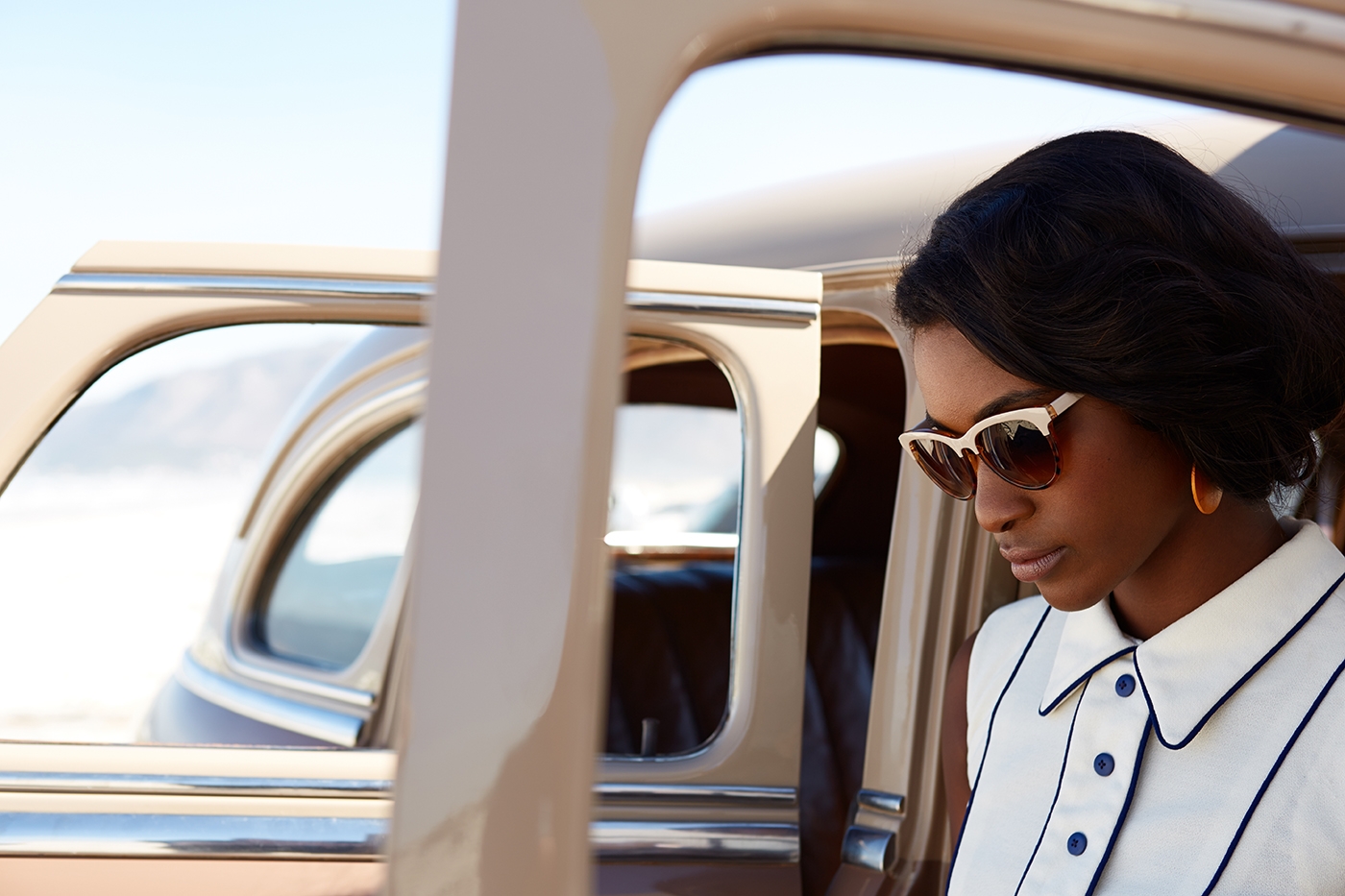 With its nostalgic feel, ‘The Road to Cemetery Bay’ is like a romantic travelogue about a young, glamorous African couple taking off in a vintage car to watch the waves lapping onto a beach.

Alwyn Coates made the self-initiated series in Cape Town in 2015 through collaborating with a stylist, a hair and makeup artist, two models and a production manager.

“It was an amazing shoot with a great beach location down the road from a cemetery,” Coates says. “The old car, a 1940s Chevrolet Fleetmaster, just dripped with cool. The smell of old leather seats and oil really reminded you of days gone by. And there’s a slight feel of Elliott Erwitt to it too,” he adds, referring to the renowned 92-year-old French-born, American photographer whose images include a couple embracing in a car in New York in 1955.

Coates studied art and photography in Sheffield before moving to London, working as an assistant and then launching his first studio in 1987. “With a massive overdraft and a lot of luck, I managed to start to get work,” he recalls. Commissions to photograph pop singers for weekly magazines and record companies soon followed, and several of his images were merchandised and sold on posters, postcards, calendars and T-shirts. “It was great fun seeing my work sold for someone to hang on the wall,” Coates says.

As Coates began gaining industry recognition, he was hired to shoot advertising campaigns for Volvic mineral water and Rémy Martin, the cognac brand. “I was asked to photograph the whole process of making cognac from beginning to end on a shoot that took two weeks,” Coates says. ”I was an absolute fan of [Robert] Doisneau and very pleased to learn that Doisneau himself had photographed the same process back in [1962].”

This year, Coates is focusing on two quite different projects. The first is a hardback book of black-and-white photographs of elephants, titled ‘Saving Elephants’. “Lockdown has meant that I’ve had to get my head down and work on the selection [of images],” he says. Coates adds that proceeds from sales of the book and prints will be donated to charity.

The second project is a forthcoming behind-the-scenes book about the British fashion designer Emilia Wickstead featuring images of her ready-to-wear shows that were taken in the Connaught Hotel in London.

Indeed, Coates relishes the diversity and opportunities that photography can offer. “Over the last few years, I’ve enjoyed exhibiting more of my work and love the process of showing digital and traditional silver prints,” he says.