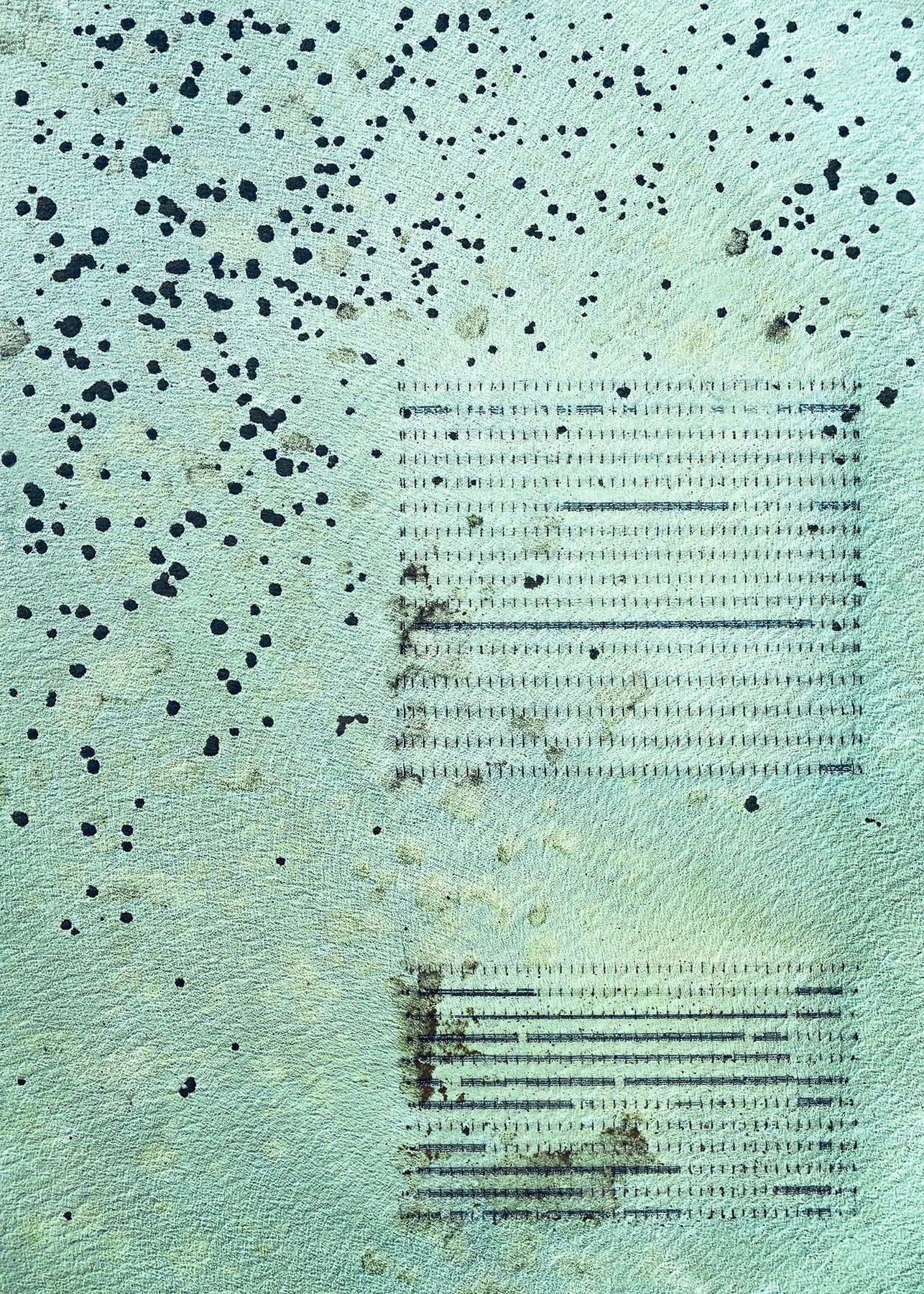 The unintentional beauty of man-made intervention in Australia’s natural landscapes, rendered in a spatially organized way recalling abstract painting, lures the viewer into Ty Stedman’s photography. The aesthetic appeal of the images in his ‘Ordered Abstraction’ series propels us to look at man’s impact with an objective gaze.

“I’m trying to communicate some of the abstract forms that have been placed there by man and are sitting there in abstract landscapes,” Stedman says “I’m trying to find some order from the overall chaos by looking at a section of it and creating minimalist, more individualized views.”

One of Stedman’s images, ‘Sheet Music’, captures an aerial view of oyster-farming and seaweeds. In it, a square and a rectangle formed by rows of small, narrow vertical lines are set against a pale turquoise background with a scattering of black, inky dots. Stedman likens to the dots to “ink spots on the musical score of a composer”.

Another image, ‘Stitching Fillets’, shows an arrangement of 10 circles, loosely resembling buttons, being threaded together by a boat. The circles are actually ponds of industrial fishing, demarcated by nets, to which the boat is carrying feed. It was shot in the late afternoon when the water’s depth appeared accentuated, lending the image a dark blue background.

Other aquaculture photographs with geometric blocks of richly toned color are of salt-mining and algae.

Born in South Africa in 1981, Stedman has always been interested in nature and wildlife. “I grew up with an affinity for exploring nature, looking for new things and being observant of the intricacies of landscape,” he says.

After moving to New Zealand followed by Australia with his family as a teenager, Stedman studied chemistry and biological sciences at university, worked as a secondary-school teacher and then became a firefighter. He works as a photographer in his free time and has set up a business for fine-art printing in his local area, a few hours from Perth in western Australia.

Stedman’s photography trips combine the adrenaline rush, excitement and adventure of photographing out of a Cessna aircraft with an ecological concern about the industrialization of nature. His aim is to “create visually appealing images that stimulate communication and discussion about environmental topics”.

Looking ahead, Stedman would like to travel to places such as Greenland to capture the thawing of the glaciers, again bringing his critical eye to making images that reveal the environment to us in a different way.