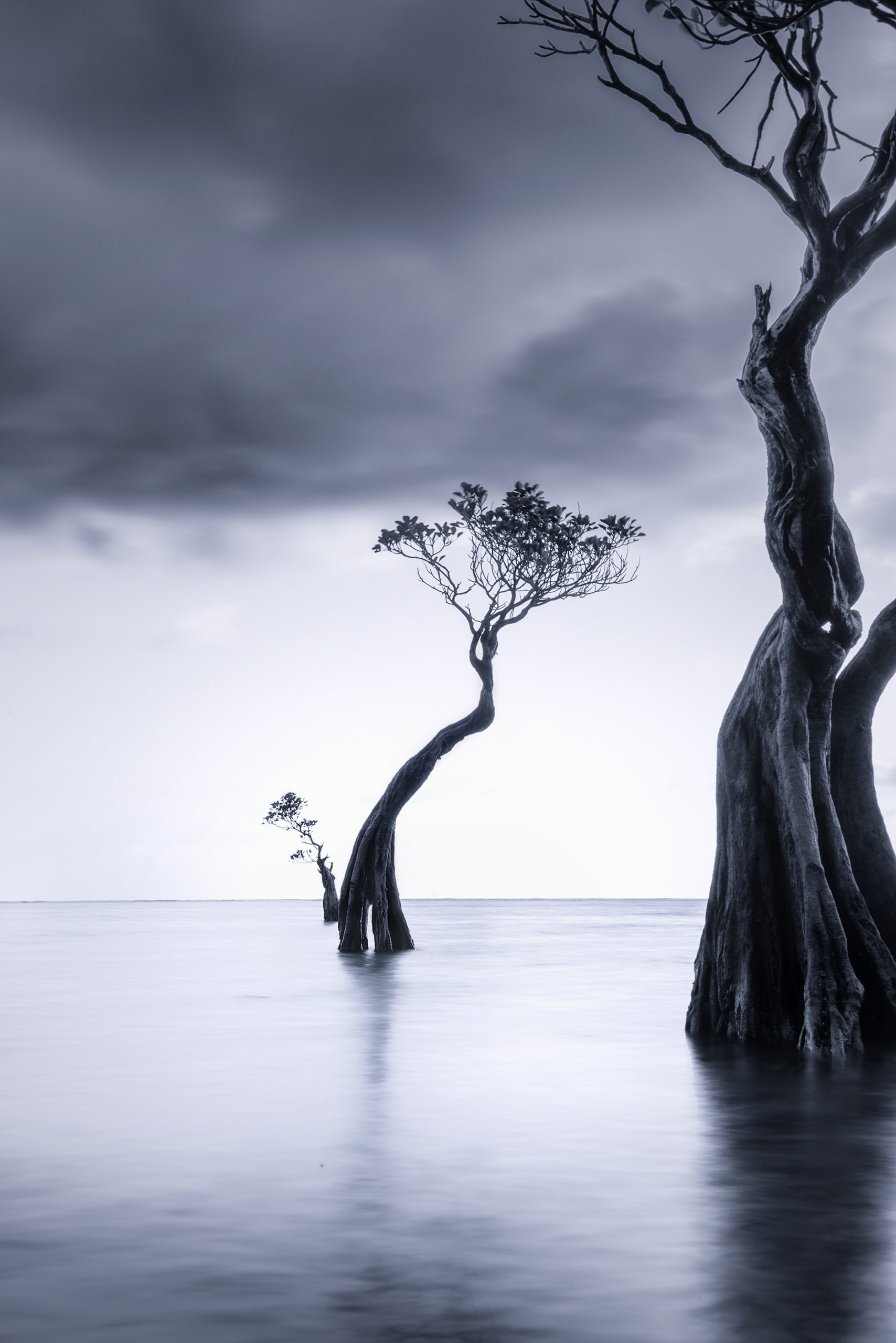 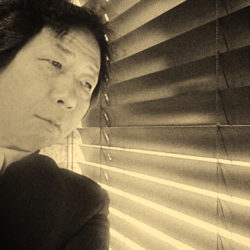 Mangrove trees standing in the water intertwine their twisted branches as if they are relatives dancing together in Suk Eun Kim’s sublime black-and-white series, ‘Story of a Tree Family’.

The South Korean photographer took the otherworldly images, which show reflections of the trees at different times of the day, on Sumba island in Indonesia. Kim visited the island three times, in May and October 2019 and in January this year in order to shoot the trees during various months.

“This mangrove tree is rooted in the ground underwater and new-born trees come from the root, so these trees are a family that started with one root,” Kim, 58, says. “When you see these trees standing, at first they appear to be dancing.”

Based near Seoul, Kim studied painting at university and has a background in animation. He first became aware of the existence of the mangrove trees on Sumba island whilst perusing a magazine as a teenager. Decades later, he stumbled upon images of them on the internet and decided to travel to Indonesia to photograph them.

Kim’s photographs reveal meticulous care to contrasts and a classical approach while often rendering the horizon barely imperceptible. Yet his seemingly tranquil images belie the environmental threat to the mangrove trees and their vulnerability.

“I visited this place to express the joy of the tree family, but when the tide comes in the landscape disappears and the scene of joy quickly changes into one of struggle,” Kim says. “On stormy days, big waves sweep away all the peaceful scenes and angry floating objects in the sea strike and break the trees’ branches.”

Alluding to the communication that he perceives between the trees, he adds: “It’s as if they’re looking at each other and praying for each other.”

Since completing ‘Story of a Tree Family’, Kim has been working on a photography series depicting birds and another on old trees near volcanic craters. Completing a series sometimes takes him several years due to the attention to detail involved in each composition.

During the Covid-19 pandemic, Kim has been spending time on sorting through his archive of past exhibitions, photos and experiences in various countries. His goal is to prepare a book about his body of work and research more subjects onto which he can cast his artistic gaze.