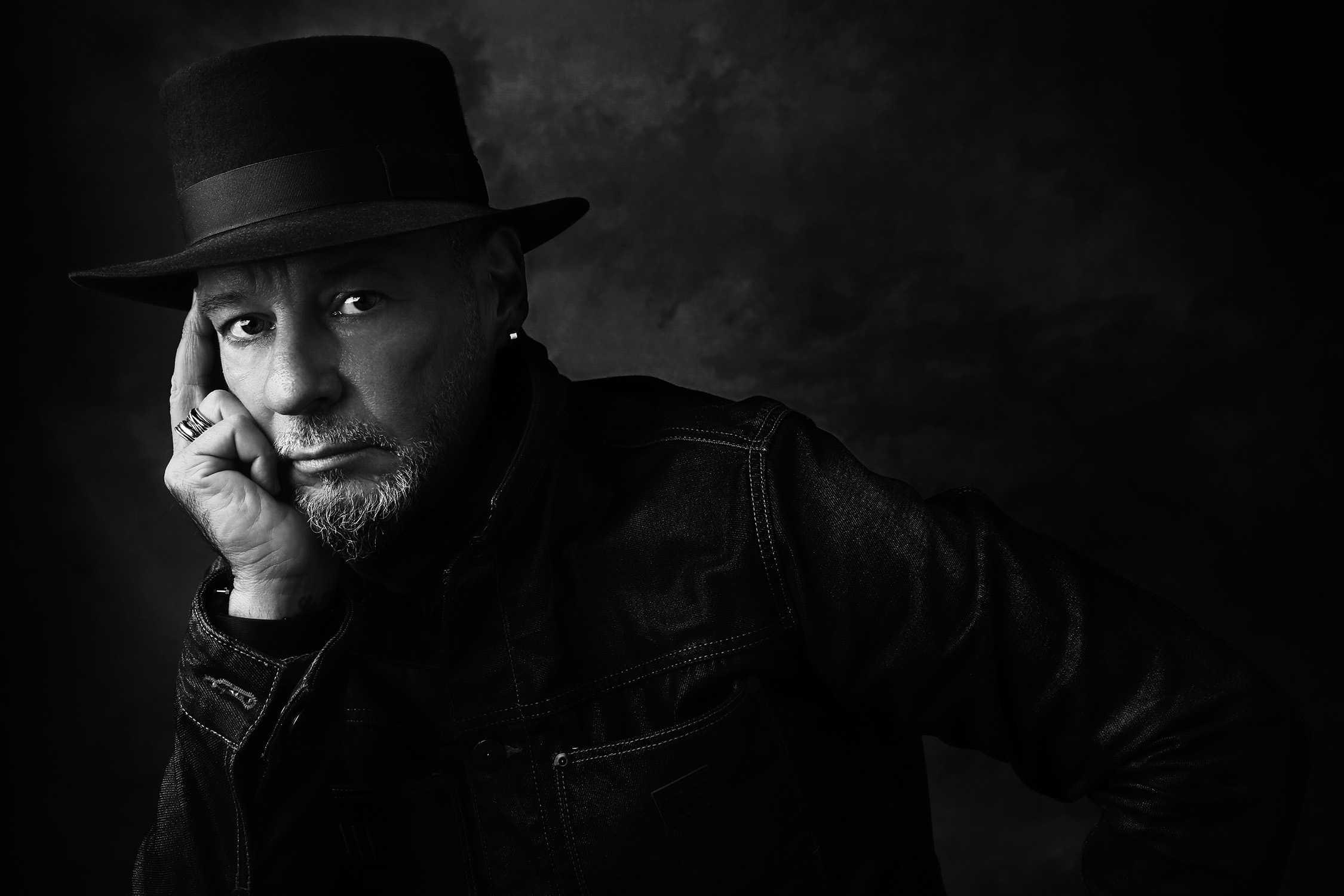 These disquieting images belong to the American photographer Sandro Miller’s ‘Begins a Scar’ series that comprises a total of 36 portraits. The series was displayed in a six-by-six grid installation, intended to evoke “the feel of a jail cell”, during a group exhibition at Catherine Edelman Gallery in Chicago from July to September this year.

“The internal impact of name-calling is permanent,” Miller says. “Your soul is damaged each time you’re labeled; you become a weaker human being. The handcuffs came from the idea that these words imprison you, demean you and hold you back from growth.”

The images speak about the racism, prejudice and intolerance still experienced by many Americans today and that Miller believes has worsened during the presidency of Donald Trump. “Our current administration, including our commander-in-chief, has openly used labeling to demean people of color, race and gender,” Chicago-based Miller says.

The starting point for the project was Miller’s childhood memory of being picked on because of his Italian heritage. “An uninvited seed was planted in my mind when I was only a child,” he says. “I remember vividly the derogatory names pressed upon me and my Italian culture. These early experiences affected my adolescent life and changed the course of how I would live my future.”

To find suitable subjects to pose in his photographs, Miller contacted a local casting agency which found people through social media platforms. As Miller explains, “We ask every person questions such as: ‘Have you ever been bullied? What names you have been labeled with? How did this affect your psyche and confidence levels?’”

Seeking a “no-glitz, no-flashiness” approach and a documentary feel, Miller simplified his style of composition and lighting. As he says: “I chose a much flatter light than you see in most of my portraiture to let the sitter’s eyes and soul do all the messaging needed in these portraits. I didn’t want the viewer to be moved by dramatic lighting or a forced composition. [I was aiming for] simple portraits with strong words that beg for attention, emotional reactions and empathy.”

Inspired by photographers such as Irving Penn, August Sanders, Diane Arbus, Victor Skrebneski and Horst P. Horst, Miller has been working as a photographer for four decades. His eclectic career has spanned celebrity portraiture to ethnic communities and advertising campaigns. Last year, he had a solo exhibition, ‘I am Papua New Guinea’, featuring portraits of different tribes in Papua New Guinea at Catherine Edelman Gallery.

This winter, Miller has a very different exhibition, ‘Malkovich Malkovich Malkovich! Homage to Photographic Masters’ at the Magazzino Delle Idee, an exhibition venue in Trieste, Italy (31 October 2020 – 31 January 2021). For this body of work, Miller convinced the actor John Malkovich to pose in restagings of well-known images, such as Arthur Sasse’s portrait of Albert Einstein, Bert Stern’s portrait of Marilyn Monroe and Philippe Halsman’s portrait of Salvador Dalí.

The Covid-19 situation hasn’t slowed down Miller’s pace of working. Count in documentaries, a film script, book projects and portraiture of transgenders and non-binary communities. The unifying thread of his work is to give visibility to some people and open the minds of others.

“Today, it’s very important for me to do work that matters and makes a difference – hopefully changing people’s lives and making them better and more fruitful,” he says. “It’s about educating people and changing the way a person may think about a certain community, ethnicity, gender or race.”