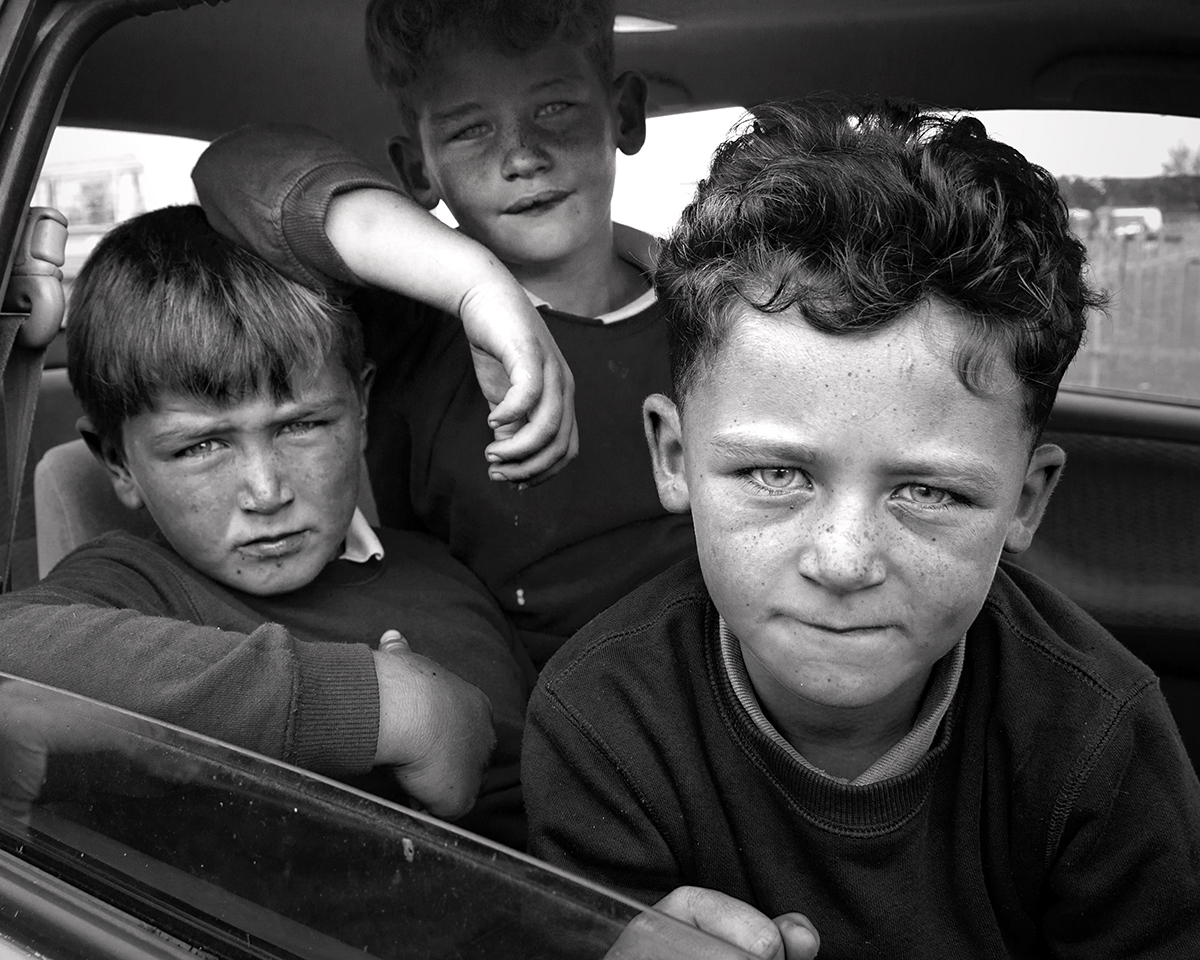 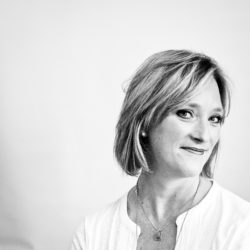 The overwhelming feeling of the American photographer Rebecca Moseman’s tightly composed, black-and-white portraits of Irish Travelers is that of empathy. Moseman goes beyond merely documenting the hardship, roughness and poverty experienced by the Travelers and instead brings us close-up images imbued with sensitivity.

Moseman, who has Irish heritage on her mother’s side, first visited Ireland in 2017 to photograph the annual Ballinasloe Horse Fair, which was founded for trading horses in the eighteenth century in County Galway, and returned on two subsequent trips. Her quest to photograph the Traveler community also took her to Galway, Limerick and Dublin.

Several of her pictures are of young children: a boy, imitating a gangster, holding a toy gun at a car window; a pretty girl with long, dark hair, far-off eyes and an unwashed face staring out from a car’s backseat; three boys jostling in the back of a car, their scrunched, troubled expressions and unkempt clothes indicating their impoverished circumstances.

“As a photographer, I could see the hard life and discrimination within the faces of the Traveler children,” Moseman recounts. “I tried to capture not only their innate youth, childlike gestures and activities but also the emotion, toughness and hardship they continue to live everyday. Many of the young girls had hopes and dreams of becoming models in America. Yet I found the children to be happy and content with their way of life; it’s all they’ve known.”

While Moseman found the children willing to be photographed, adults were warier of the camera. “It was challenging to photograph the older women, the married girls and the men,” she admits. “It took a lot of time to earn their trust and often they still felt apprehensive having me photograph them.”

It was thanks to an introduction that Moseman gained access to the ethnic group. “The Travelers are highly discriminated against by many [other] Irish citizens and suspicious at best when photographers show up,” Moseman, 45, says. “But once they realized [that I was] interested in who they are, in their traditions and to hopefully bring attention to their needs, they were not only willing participants but friendly and hospitable.”

Over the course of her trips, Moseman revisited some of the families, which facilitated her endeavor to take intimate images of their way of life. “I try to revisit as many families as possible and always bring prints of their photographs with me for them to keep,” she says.

Based in the Virginia countryside near Washington DC, Moseman, who works as a graphic designer, seeks to establish a reciprocal exchange with her subjects. “Perhaps my tightly composed photographs are a psychological way for me to feel and become closer to my subjects, emotionally and physically,” she says. “I’m always interested in trying to find the inner core or soul of whomever I’m photographing, no matter what outer rough exterior they portray. A person’s vulnerability is essentially what I’m after and I try to make a connection through my camera and display that connection to others.”