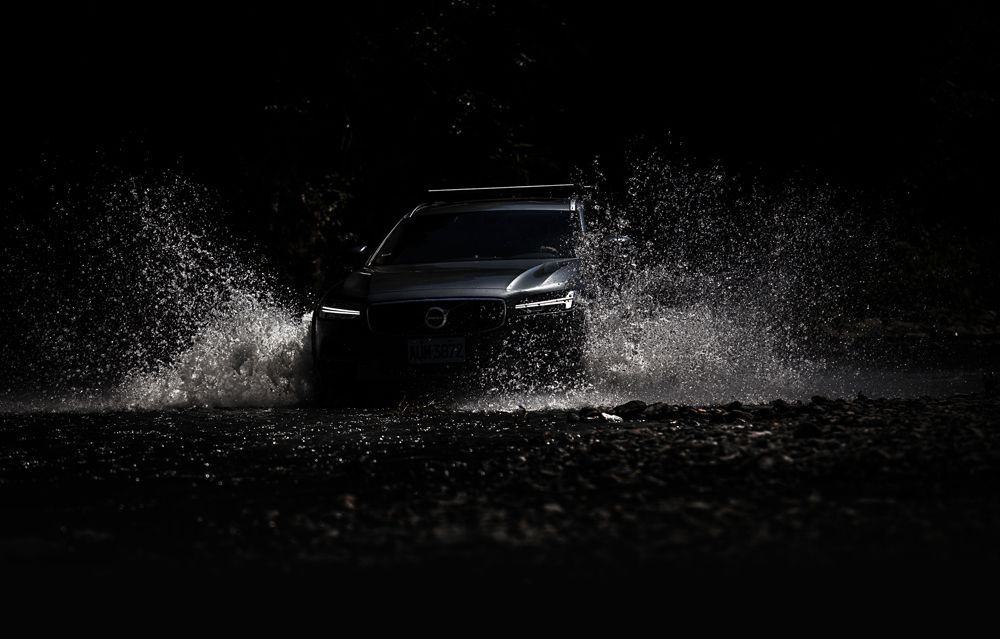 Kyo Chen has a rare talent for capturing natural phenomenon in a way that makes his photographs seem otherworldly. This made him the right candidate to shoot Volvo’s advertising for its V90 Cross Country, 4 x 4 model. The series of adverts reads as an intrepid adventure into natural landscapes that highlights the car’s power and resilience.

One nocturnal image shows the black car charging through a stream onto a rocky terrain, its wheels throwing up a froth of water – a dramatic contrast of black and white. In another image, the Volvo is climbing up a steep road into a forest, appearing dwarfed by the magnitude of the surrounding trees.

“We spent a week in Taiwan shooting and chose seven wonderful locations in the mountains and the coast in order to record a dream-like journey that would create a dialogue with the past,” Chen says. “Sometimes I shot in the bright sun which brought a natural sense of power and could show the car’s personality and charm.”

Born in 1973 and based in Taiwan, Chen studied visual design. He began working in advertising in 1997 and became a freelance photographer and commercial illustrator in 2006.

“I’ve always enjoyed traveling all over the world and having adventures driving [which is why] the car has always been my favorite object to shoot,” he says. His commissions for Volvo have also taken him to Iceland on a longer assignment.

An ideal client, for Chen, is one that offers a “challenging and meaningful” brief. Besides cars, he has been working on advertising for Taiwan’s mobile phone brands, again seeking out the “unique style” of Taiwanese shoots.