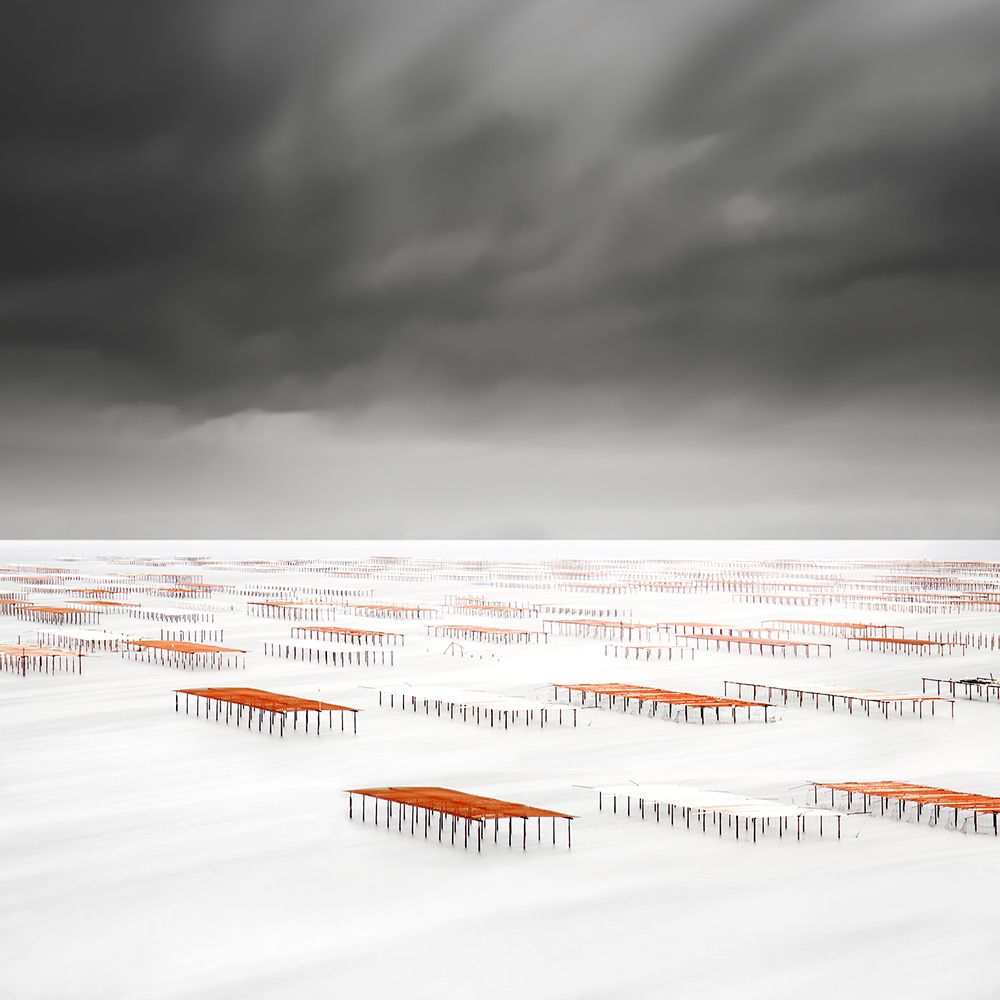 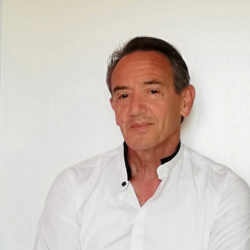 “I try to talk about the imaginary [state] through the images,” Bret, 66, says. “I like capturing vestiges of the past, such as wooden fishing rods that will slowly disappear in order to keep a trace of a memory.”

Based in the Languedoc-Roussillon region in the south of France, Bret seeks out places that have only a few, uncluttered elements in order to make crisp, long-exposure pictures using a tripod. He sometimes reworks them post-production in order to render them more painterly and nuanced.

One image shows diagonal lines of raised structures for oyster-farming on salt marshes, the overcast sky setting off the paleness of the marsh and the burnt orange structures. “It was taken in [the fishing village of] Sète on a day when the sky was grey and the marsh appeared white,” Bret, a self-taught photographer, explains.
Clusters of salt in water that has been tinted red by algae, lines of fishing rods, reflections of trees or a wooden hut used for extracting sea salt are the subjects of other images.

An ecological bent resides in these works as well as a paying of respect to the traditions of fishing and oyster-farming in France.

Indeed, France’s landscapes are an endless source of fascination for Bret. “I have the Mediterranean around me and there’s always something interesting to photograph,” he says.