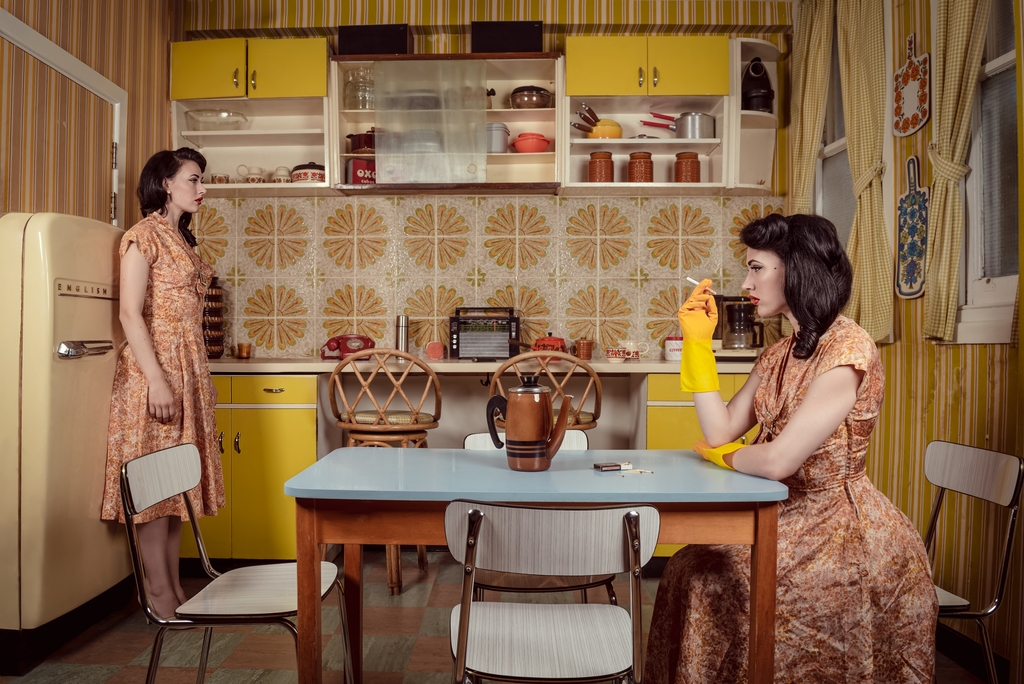 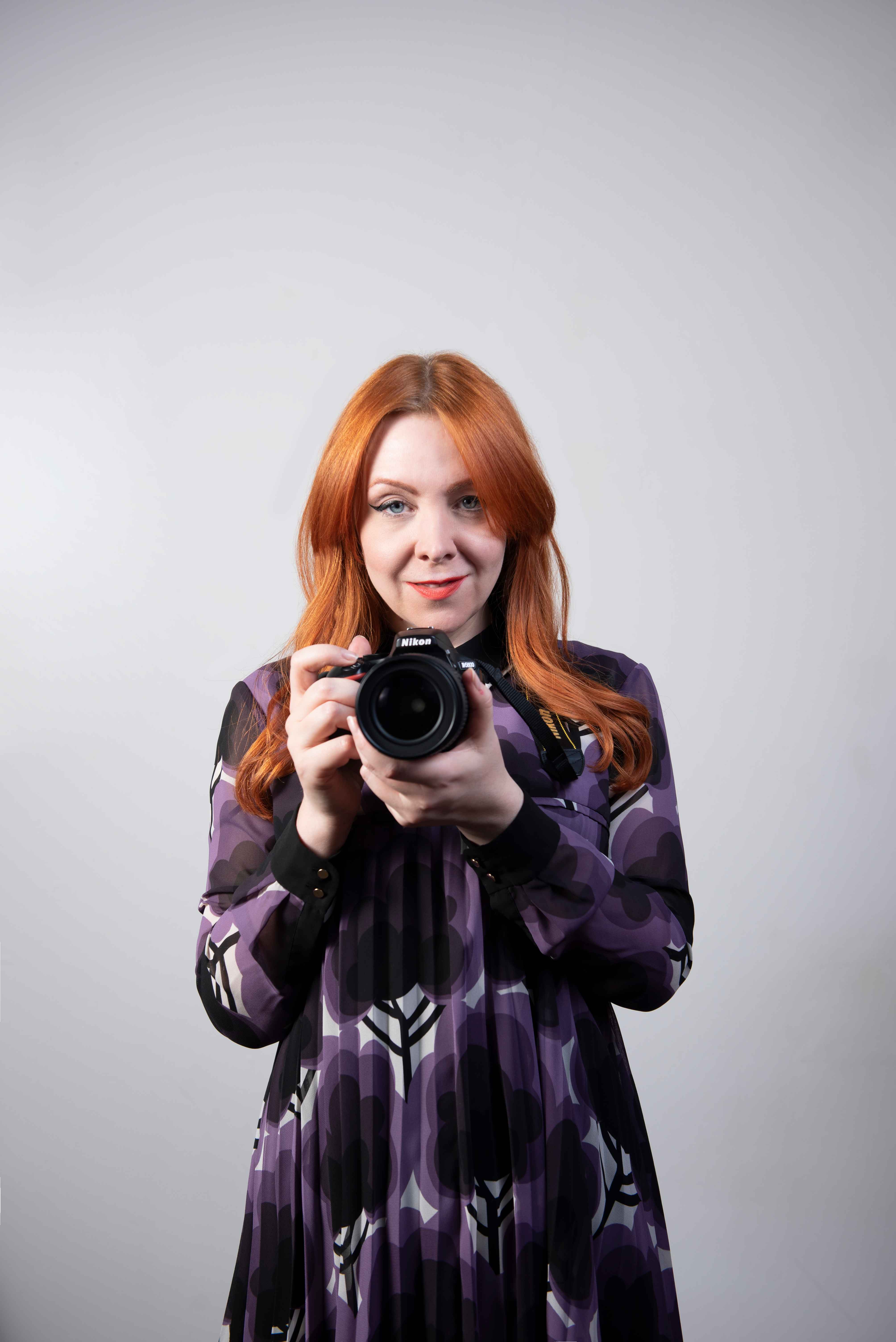 While currently residing in London, Elisa Miller was born and raised in Paris. She works as an art director, graphic, and web designer in her everyday life. Due to her prior experience using Photoshop and running websites, Miller decided to pursue a profession in graphic design. She developed her love of images, composition, color, and rhythm here. But before that, ever since she was a young child, she always managed to express herself creatively. Miller painted oil portraits that were somewhat surrealistic as a teenager.

She worked in one of these videotape rental stores and spent her days immersed in movies because she shared a passion for them. Miller also had an interest in photography but was only able to purchase a disposable film camera. Despite this, Miller still enjoyed using the camera and attempting to stage some photos. This fantasy has persisted in her memory, and six years ago, when she moved from France to London, she bought her first camera.

Depending on the type of photography a person does, a skill may be more or less important, but for Miller, it’s all about controlling the light. “The light sets up the whole mood for my sets, and this is not something that can be fixed in post-prod. I spend a lot of time planning my shoots, developing the ideas, sourcing the props and location, and I do storyboards beforehand, so I know how I want to light my different scenes on the day of the shoot,” she says.

“I started to develop my series The Other from a famous quote of French author Jean-Paul Sartre “Hell is other people”, and with the inspiration of the book by Betty Friedan, ​​the feminine mystique,” Miller shares about her winning project. She intended to raise identity-related issues and encourage others to think about the restricted ways that one may truly express oneself. Limitations that we may experience as a result of society, our home life, or even ourselves. Alas, she believes that the modern world is still a challenging place for women.

“I often feel this pressure of self-limiting beliefs and my desire to fit in. Sometimes the gap between our true selves and what we are expected to be can grow so much that we lose the sense of who we are and what we really want. Coming from a quite poor family, I felt that so many things were not even an option for me, and I still often fight against this preconception,” Miller continues. “With “The Other”, I wanted us to imagine what it might feel like if we were able to express ourselves freely without fear of judgment or condemnation, to look beyond the boundaries we’ve set for ourselves and have the courage to become who we really are. To me, hell isn’t actually other people – but what we do to ourselves out of fear of what other people will think of us.”

Miller has submitted her series to the Px3 to share her ideas with more people because she thinks it can resonate with many of them, especially other women.
Winning the Px3 “Fine Art Photographer of the Year” award does mean a lot to Miller. “This is such an honour! Even though I bought my camera 6 years ago, it took me about 2-3 years to start using it because I didn’t know where to start with,” she says.  Being recognized with honors demonstrates to the young self-taught photographer that she is on the right track and should keep pursuing her goals. She also believes that receiving this award would help her gain more professional chances and provide her the chance to continue on her photography in the future.

Miller claims that so far, she hasn’t encountered any difficulties finding inspiration. “I always have several ideas for projects at once. They are there in the back of my mind and I let them evolve on their own. I get back to some of those ideas later and develop them further. Sometimes, the overall mood changes and doesn’t have much to do with how it started. Other times, a few ideas merge together and become one bigger project. I let the inspiration carry me, and it comes usually from films, light and music. This is often a long process,” she shares with us.

It took Miller some time to get used to managing the models during a photo shoot. She was first really anxious since she was placing a lot of pressure on the outcome. “I am an introvert, which doesn’t help, and I was afraid of not being fully in control of my images any longer, or that the model won’t like the images,” she adds. But with time, she gained self-assurance and began to take more control of the creative direction. With each session, she grows more at ease leading her models and incorporating them into her ideas.

If a photographer is just starting to learn about photography, Miller would advise them to do the following: “Dare to shoot, dare to try. It is a path of trial and error at the beginning, so you have to keep going. I was looking at my photos and trying to understand what was working, what was not, and what I could have done to make the shot better. I am also very keen on art in general, and I love spending time in museums and art galleries. I mostly look at the light, how it shapes the subject and the way the scene is shown to us to make us feel something, to carry the emotion. “

Miller’s ideal photography project would likely involve shooting in the USA. Films from the 1940s to the 1990s are her primary visual influences. Mostly American films.  She also has a general interest in retro aesthetics, which has given her a retro universe. This fascination extends further than just fashion and design and includes old cinema. Amazing, out-of-the-way settings from the 1950s may still be found in America that are ideal for her line of work.

Miller is presently developing some fresh concepts for her upcoming season of “The Other,” which she intends to shoot this year. For those who are interested in learning more about her art, all of her work is currently available to view on her website, elisamillerstudio.com.