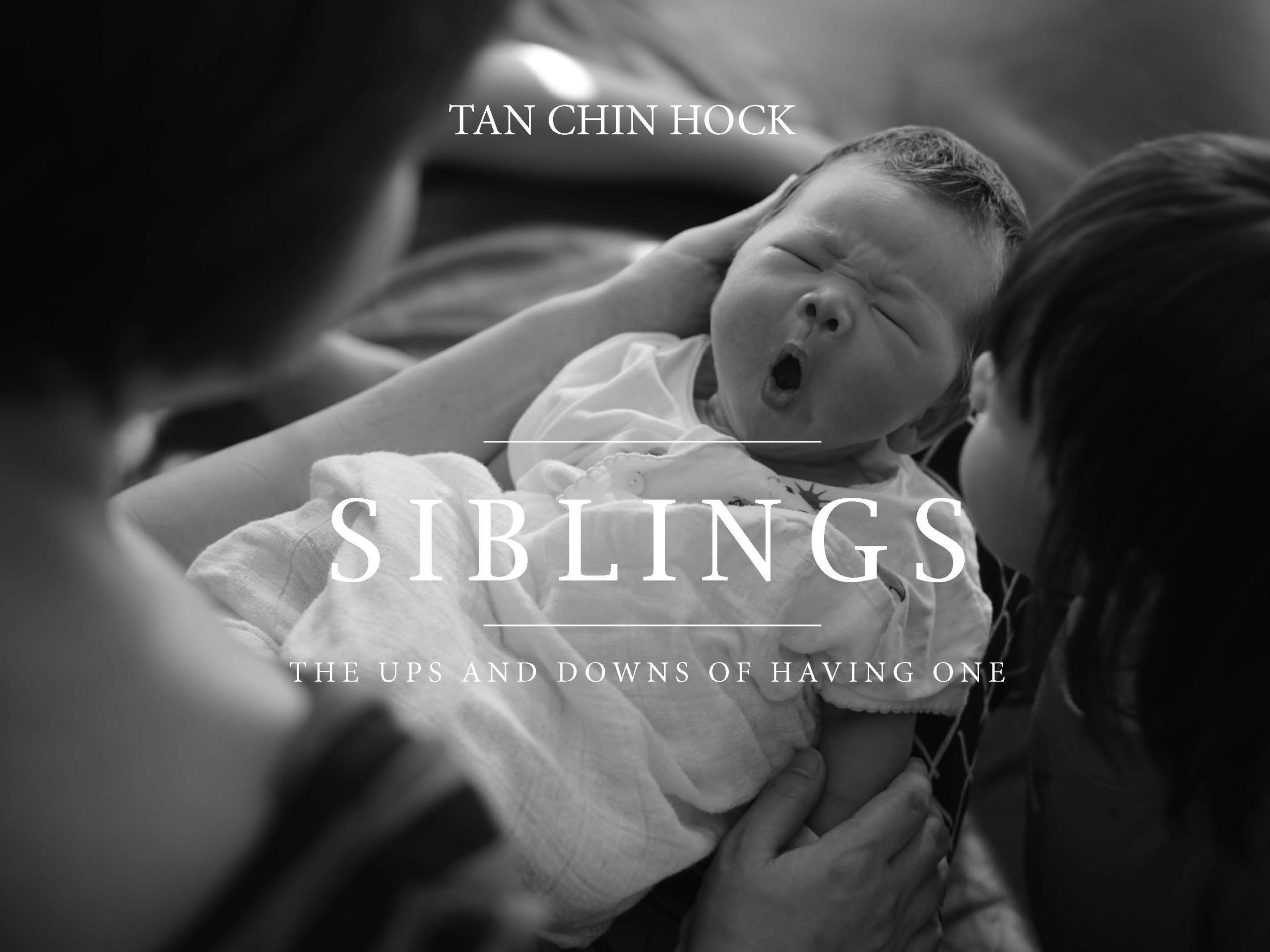 The Singaporean photographer Chin Hock Tan illuminates the roller-coaster complexity of sibling relationships in his touching book, ‘Siblings, The Ups and Downs of Having One’.

The intimate photographs feature Tan’s three young daughters growing up, sharing experiences, giggles, hugs and tears, and learning family values together. For anyone who has brothers and sisters, or for any parent with children, the book strikes a chord and brings back memories.

“Since the birth of my first child in 2011, I have been documenting all my children growing up,” Tan, 42, says. “I wish to capture everything between them so that [when they’re older] they can be reminded of the strong bond they had as young children. I want to remind readers of the depth and greatness of love among young siblings.”

Tan’s daughters, Charlene, Charmaine and Celine, range in age from five to nine years old. The photographs in his book were taken over several years and show the older girls entranced with their baby sister. Typical childhood experiences, such as blowing bubbles, building sandcastles, reading books, whispering secrets and making up after quarreling are accompanied by anecdotes written by Tan.

Tan chose to mostly photograph in black and white in order to bring a timeless quality but has also included color pictures. ‘Siblings’ follows on from his previous book, ‘Father (父), Mother (母)’ (2015), which promotes inter-generational loyalty.

As Tan says, “Like most Asians, I grew up in a family where we stayed with the grandparents. From an early age, I was taught to respect the elderly and saw how my father respected my grandfather. Gradually, I understood and realized that ‘filial piety’ is an Asian virtue that we should pass on to our next generation.”

Tan, who works as a business development executive in the healthcare sector, donated his PX3 prize money to a local charity hospital. After having ‘Siblings’ translated into Japanese, German, Spanish and French, he is completing his third book about family members adapting to the Singaporean government’s Covid-19 ‘stay-at-home’ orders.

His next goal is to embark on a community project photographing low-income families inhabiting one or two-room apartments. “I would like to take their portrait and print it digitally on the spot so they can display it in their home,” Tan says, the importance of families never out of his mind.