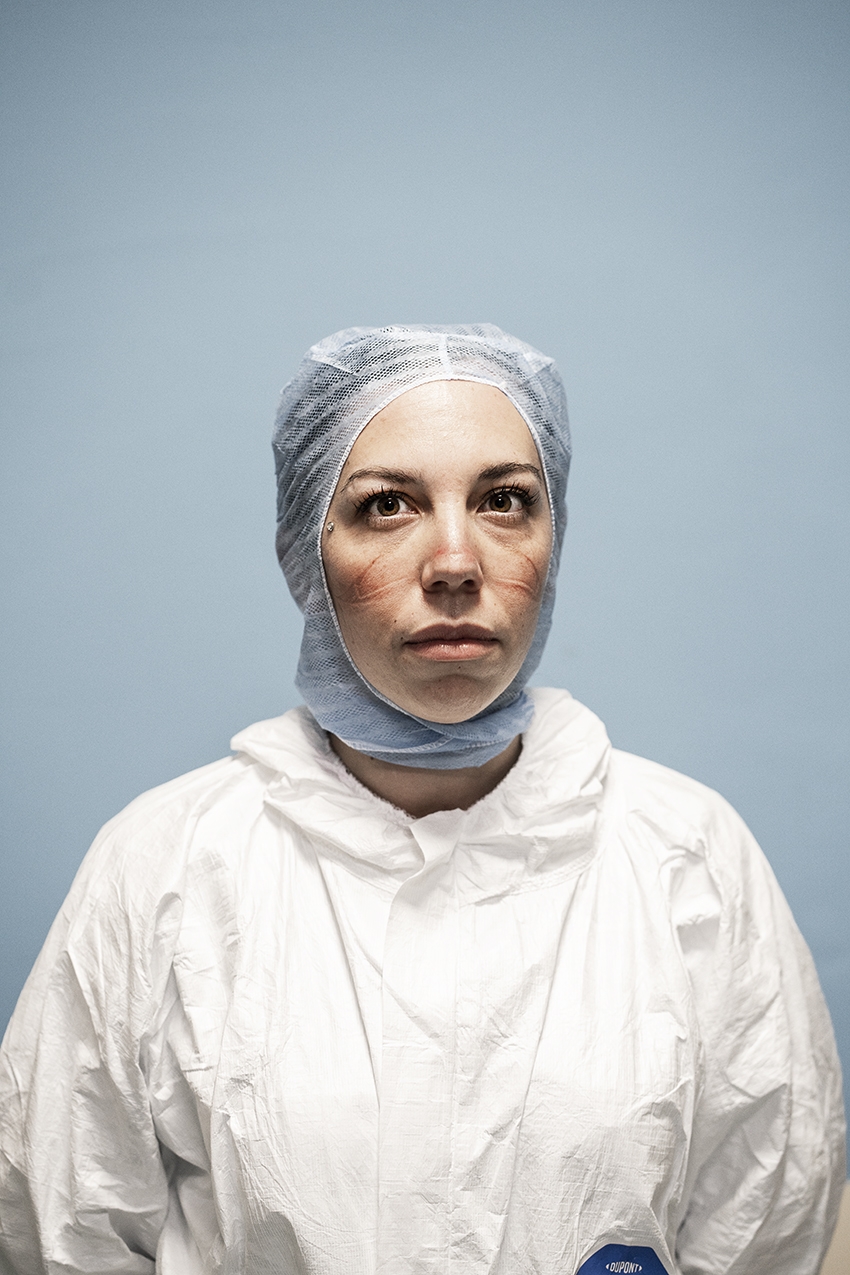 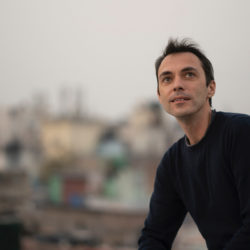 When Italians were quarantined in early March due to Covid-19, Alberto Giuliani was struggling to make sense of the unprecedented situation that saw Italy facing the second highest rate of infection after China. “I felt that I couldn’t grasp the problem or look at the situation clearly and I needed to understand where it all started,” Giuliani, 45, says.

Instinctively, the Italian photographer and filmmaker picked up his camera and walked towards to his local hospital, the San Salvatore Hospital in Pesaro on the east coast of central Italy. Over several visits, Giuliani photographed its doctors and nurses in the corridors straight after their exhaustive 12-hour-long shifts treating patients with Covid-19 in the intensive care unit.

Guiliani’s remarkable, close-up portraits capture the bewilderment etched onto the doctors and nurses’ faces in the fight against the coronavirus. The harrowing expression in their eyes, the intensity of their gaze and the temporary marks from face masks across their cheeks and foreheads are testament to the battle they have been dealing with. In front of Giuliani’s camera, they removed their masks, caps and gloves, allowing a glimpse into their state of mind to be documented.

United through a pared-down aesthetic and uniform approach, the images emanate a sense of trust between the photographer and the health professionals. “Nobody had commissioned the work so I had no editorial constraints and was free to seek the simplest style that felt right, just using the neon lights in the hospital’s corridors,” Guiliani says. “I wanted to be as discreet as possible as I photographed these men and women that have such great strength and resistance. Some of them needed to talk, some didn’t even want to be photographed.”

After being published in the media, the photographs attracted the attention of the Dove pharmaceutical brand, which used them in a fundraising campaign in Canada and donated proceeds to hospitals internationally. “It seemed beautiful in this time that photography could raise money all over the world thanks to Dove in Canada,” Guiliani says.

Prior to making the San Salvatore series, Guiliani would travel further afield to realize photographic projects. For his ‘Surviving Humanity’ series, he went to diverse places around the world to investigate how scientific experts are conducting research into mankind’s future. This project took him to look at climate change in the North Pole; institutes working with humanoid robotics in Japan; luxury bunkers in the US; an animal cloning laboratory in South Korea; a company in Germany making an artificial sun, and to encounter astronauts in Hawaii. Guiliani also wrote and published a book, ‘Gli Immortali’ (The Immortals), of stories narrating “a trip to the future of humanity” that was published last year.

Reflecting on these scientific achievements versus the Covid-19 pandemic, Giuliani says: “We can change DNA and yet find ourselves self-isolating and being on respiratory machines in hospitals, which shows the fragility of life, but the doctors found a way not to surrender to death.”

The experience of photographing his local hospital, rather than a far-flung destination, shifted Giuliani’s perspective: “Rather than going towards the other side of the world, this was about a return to everyday life and seeking to represent a specific moment.”

After months of staying put in Italy, Giuliani is nonetheless eager to embark on projects elsewhere again as soon as the Covid-19 situation improves. “The only thing I want to do is get on a plane,” he says. “I’d like to try to find other people that I regard as heroes in the world like the doctors in my small provincial town.”