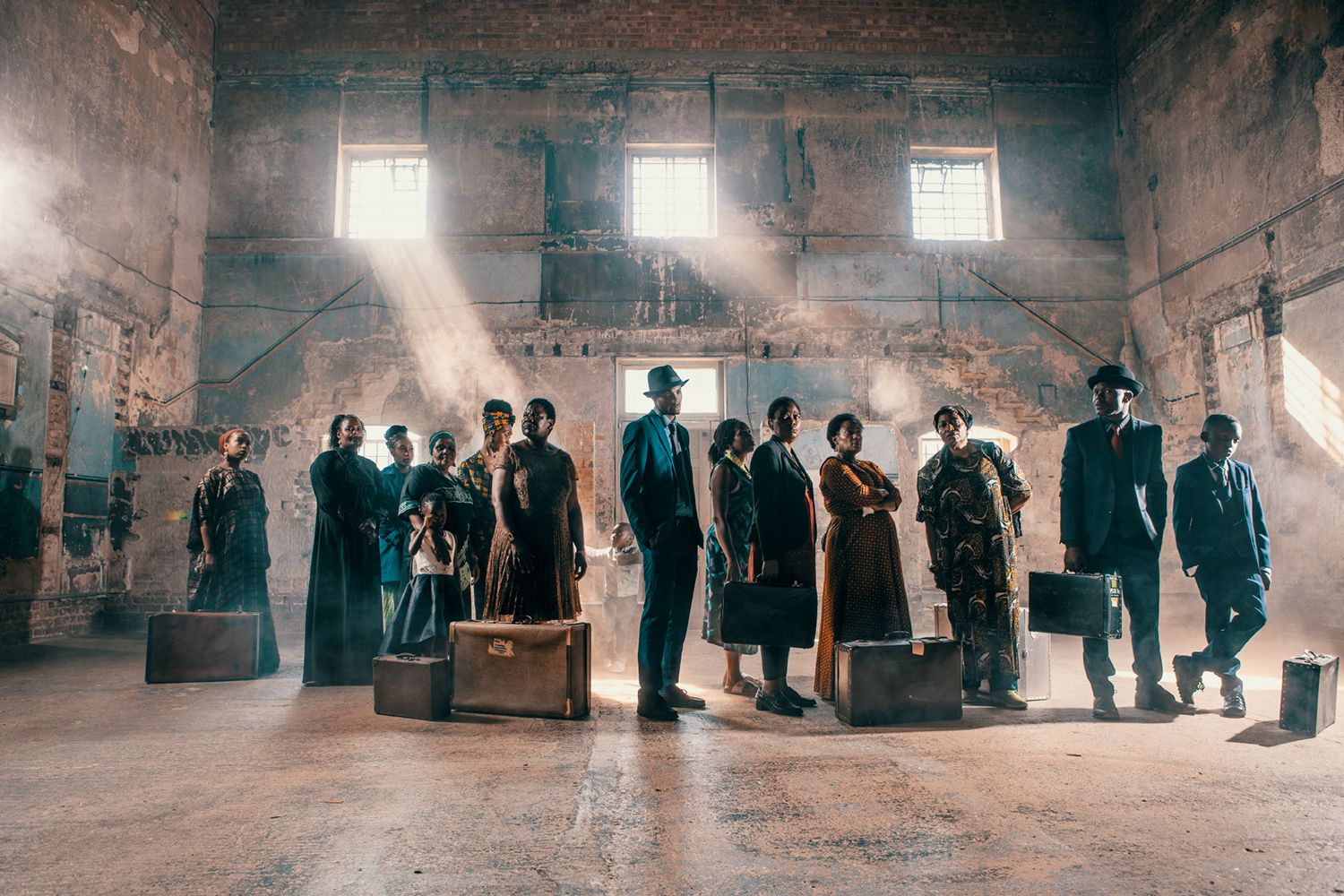 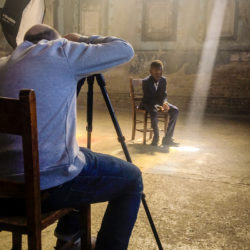 A group of black men, women and children, all wearing their Sunday-best suits or dresses, stand in a line inside a church, rays of light slanting through the windows onto dilapidated walls. Some of them are holding an old trunk or a suitcase, symbolizing their journey of migration. There is an acute sense of the figures feeling vulnerable and displaced, despondency and anguish etched onto their faces.

The British photographer Alan Compton was commissioned to take this conceptually staged series of poignant images by the African Advocacy Foundation (AAF) in London. Titled ‘Unheard Voices’, they were shot in The Asylum, a deconsecrated chapel in Peckham, southeast London. “I wanted something that had an almost timeless texture and the light entering the space was majestic and magical,” Compton recalls.

The photographs are part of the charity’s campaign to raise awareness about the difficulties and stigma that African refugees, migrants and homeless people can face when trying to access HIV testing or healthcare towards fighting AIDS. “They’re supposed to reflect the intimidating challenge that lies ahead for anybody that leaves their country of birth behind for a mysterious journey,” Compton says.

The commission arose after Compton, who photographs exclusively for non-profit associations, was contacted by the AAF’s programs director, Denis Onyango. “I immediately fell in love with this association, it was all smiles and hugs, like walking into a family home,” Compton says. “I really like grassroots organizations because they’re down-to-earth, have relatable challenges and genuinely need support to communicate their message.”

The style of the AAF images drew inspiration from photographs of the Windrush generation arriving in Britain from the Caribbean between 1948 and 1971. The Windrush generation is called after the ship MV Empire Windrush which docked in Essex, bringing 492 passengers from Jamaica, Trinidad and Tobago and other islands who would help fill labour shortages in post-war Britain.

The images were exhibited at an investment company and presented at an AIDS-related conference. “One of the ladies in the photographs told me that she loved the work and felt as if she had been seen, which I felt was incredibly beautiful as the whole point is to reflect someone’s soul,” Compton says.

Born in 1978, Compton has a background in film – his first was about a girls’ orphanage in Varanasi, India. He decided to make photography that would narrate other people’s stories after reading Lynsey Addario’s memoir about her work as a war photographer.

This year, Compton has been dedicating his time to another cause: helping a Delhi-based relief disaster charity, Goonj, communicate on the Covid-19 crisis by mentoring, through Zoom meetings, 20-30 photographers and storytellers across India.

“Initially, it was going to be a workshop but it quickly evolved into a support group about creatively developing a sense of voice and their ability to [capture] the stories around them visually and verbally has massively progressed,” Compton says. “Lockdown made me understand that rather than me flying to India to document relief work, there’s a local community that, if empowered, can do this in a more efficient and sustained manner.”